This is a family friendly event with vendors performers and interactive activities! List coming soon! Come celebrate with us!

T. Marie King is an activist, speaker and trainer and has served as an authentic voice for progress in the City of Birmingham for several years. She is passionate about creating pathways to healing, teaching nonviolence and building a better global community. King has spoken or presented seminars to over 200 groups and organizations touching youth, college students and adults. In her spare time, she curates her own community events to building bridges across difference. King is a faculty member with the Satyagraha Institute, she emceed the 2017 Alabama Women’s March rally and recently received the 2018 Shining Star Award from The National Organization of Black Elected Legislative Women. King is a native of Birmingham, Alabama and holds a Bachelors’ in Urban and Global Economic Development from Beulah Heights University, Masters’ degrees in Leadership and Divinity from Luther Rice University and a trained facilitator on Truth, Racial Healing and Transformation through the W.K. Kellogg Foundation.

Below are a few links on T. Marie

BATTLE OF THE DJS: DJ Lenny vs DJ New Era

“…Eugenius Neutron (now You Gene Write) is the perfect blend of dope storytelling and well thought out rhyme schemes… Many rappers talk about similar subjects but hesets himself apart from the pack with clever lines… a well deserved 5 stars.”

You Gene Write is making a different kind of rap. “Hip-hop is a cultural lifestyle that can bring about positive influence, knowledge of self, and initiative to change our current social structures,” he says. “I plan to do just that, not with music alone, but in any aspect within my creative ability. Rap is my primary tool used to do so.”

After changing his original name from ‘Eugenius Neutron’, He has now chosen to go by ‘You Gene Write’. “I guess the inspiration was not wanting to have any gimmick associated with me. I know the literal meaning of genius was to be extremely talented, but the public spins it as ‘he knows it all’ & trust me, I’ll be the first to tell you I don’t anything at all. The phonetics of You Gene Write is exactly the same as my government “Eugene Wright”. It makes the process feel more natural and puts emphasis on my writing ability, and ‘You’ (the listener), while still allowing me to be who I truly am.

His most recent album, The Youbik’s Cube, is themed around the idea that “understanding the psyche of the young black male, is as complicated as solving the Rubik’s Cube” . “The idea, in short, was to connect the idea of ‘trying to figure it all out’ , while simultaneously showing my own personal obstacles,” he says. “It allows (listeners) to view my life, as well as their own. As they grow to understand me, I also give them an understanding of themselves they may not have seen.”

You Gene Write started rapping at age 9 and by 18 was in freestyle battles while attending college in Huntsville. After a few years and an internship at a radio station, he left school and with friends started his own label, Loner-Dreamer-Lover-Rebel, which he moved to his native Birmingham in 2014. “It’s an honor to be a voice that is bigger than my own,” he says. “I pride myself on giving other artists the guidance that I feel like I didn’t get from the generation before me.”

As of today, he is now spearheading a new creative culture company called Sankofa Suite to provide interactive hip hop content, media, & event to push the culture of hip-hop forward using innovative methods & current technology. Still, for Mr. Write, finding and articulating his own voice remains a priority. “The music keeps me from holding things inside that may not be beneficial to my well-being, while providing me with an abundance of epiphanies,” he says. “The more I live, the more I have to say.”

Raised between the streets of Columbus, GA and the suburbs of Huntsville, AL, Wescam transferred to the University of Alabama in Birmingham to leave his mark in more areas than just the classroom.  Shredding beats with words of inspiration and encouragement, Wescam writes to free himself from the prison of his own mind and free the world from theirs.  Releasing his first project, Bottom of the Class, in 2013, things have been sky-rocketing for him.  Influenced by a medley of artists such as J. Cole, Drake, Lecrae, Andy Mineo, Big K.R.I.T., and Kanye West, he takes elements from each influence and finds a way to fluidly channel them into his intense, southern style.  Fusing bars coded in spirituality with some of the illest verses coming out the South, Wescam is on a mission to change hip-hop forever and put the state back on the map.

After releasing his mixtape, For the Moment… in 2015 and debut album, LETTERBOX in 2018, Wescam went on a tear throughout the campus of UAB.  Opening up for artists such as, Grammy award-winning artist H.E.R. and Def Jam recording artist, B.O.B.,  putting on his own concert series, and hosting many other events around campus, the young emcee has left a lasting impression on the Steel City that is growing from the already large impression left on North Alabama.

Now, after utilizing two years to invest in opportunities outside of music, Wescam is back and taking the nation by storm one verse at a time.  Along with his team of fellow creatives, The Regenerate Society, Wescam is looking to not looking to impact the state of Alabama, but the entire nation with his musical storytelling.  Stay tuned for more of what Wescam has in store for the world….

When acoustic soul meets rhythm and blues, nothing can compare to the rich and soulful sounds created by a union only shared from the heart of a musical mastermind. It’s within that union that you’ll find in, Alabama native, Clinton Babers.

No stranger to critical and industry acclaim, Clinton Babers has been making his mark on the music industry as a talented singer, songwriter, producer, arranger and instrumentalist gifted on 18 different instruments. Often referred to as a cross breed of John Mayer and Brian McKnight, he has completed tours in the United States, the United Kingdom, Europe, Asia, as well as with the BET Music Matters Campaign. Babers has been privileged numerous times to open the main stage shows and festivals including Pepsi FunkFest (2015/2016/2017), One Music Fest (2015) amongst others.  He has worked with, and performed with artists like Leon Timbo, Tank, Tyrese Gibson, Patti LaBelle, Eric Roberson, Algebra Blessett, Big Boi (Outkast) PJ Morton, Rudy Currence, Joe (Thomas), Kerry Marshall, Sebastian Kole, Jason Mraz, Joe Brooks, Tyrone Wells, The Rocket Summer, The Classic Crime, Joseph Vincent and MANY more.

In Februaury 2014, Clinton Babers released his first independent album “Pieces of Me”.

Since then they’ve gone on to release:

Clinton Babers is guaranteed to wow fans and gain new ones with his artistry and musicianship. Babers has a smile as infectious as his melodious sound. He’s not afraid of the front stage or the background. Definitely defined as “one to watch and hear” Clinton Babers is on the cusp of lasting superstardom transforming the world of music one sweet note at a time. 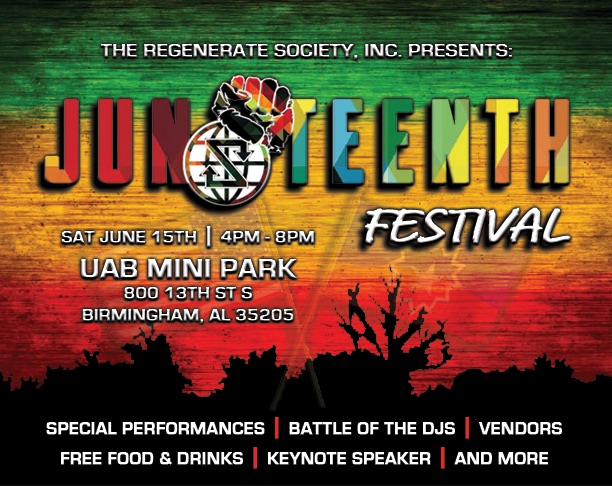